The Bauhaus centennial: More is more 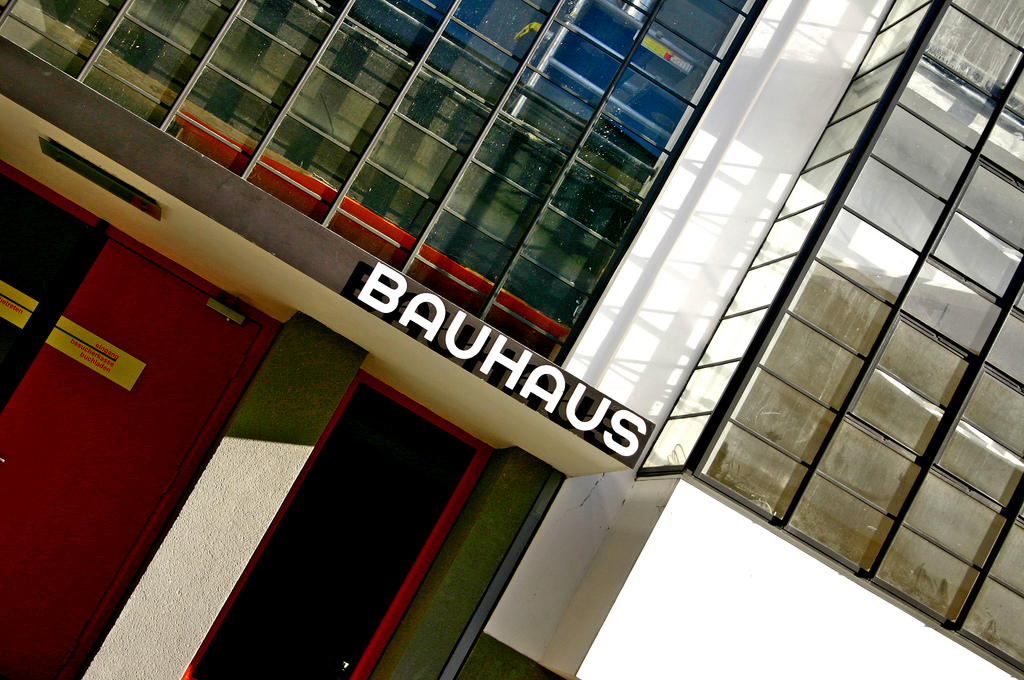 It’s been 100 years since the first incarnation of the legendary art and design school opened its doors in Weimar, Germany—and there is no shortage of new exhibitions, books, essays, performance pieces, TV and film productions, and more to mark this auspicious milestone. The Bauhaus packed tremendous energy into its brief, fourteen-year lifespan. It involved so many different personalities and creative directions that there is undoubtedly something that everyone will love—or hate—about the 2019 commemorations.

Here’s an annotated collection of some of the best Bauhaus reporting in 2019, mostly borrowed from kulturplease.com (I will update this list throughout the year):

In a new biography, Fiona MacCarthy transforms Walter Gropius “from a dull institutionalist…into a stylistic rebel who lived and loved in an exuberant community of artist outcasts that would be scattered across the world after Weimar Germany became the Third Reich.”  (The New Republic, 4/2/19; The Guardian, 4/25/19; The New York Times, 5/24/19; The New York Review of Books, 9/26/19)

“Beyond Bauhaus: Modernism in Britain 1933–66” is now showing at the RIBA in London. “The show casts a necessarily broad net,” writes Oliver Wainwright, “given our introverted island wasn’t particularly receptive to the radical cocktail of machine-made functionalism, abstraction and socialism.”  (The Guardian, 10/1/19)

Here’s a friendly reminder from the Bauhaus Archive that the art and design school was not all about clean lines, white houses, and tubular chairs. Exhibit A: the eccentric Landhaus Ilse, constructed in 1924.  (The Economist, 8/3/19)

“The Whole World a Bauhaus,” at the Elmhurst Art Museum through April 20, is a “solid deep-dive primer even if it doesn’t take on the big question: How should we view the Bauhaus today?”  (Chicago Tribune, 3/8/19; CityLab, 3/13/19)

“‘Less is more,’ Mies van der Rohe, he of the towering, steel-ribbed black-glass boxes, once famously proclaimed, though no one seems to have told Harvard Art Museums.”  (The Boston Globe, 2/10/19; The Washington Post, 2/20/19)

“What do escalators in Medellin, Arabic lettering in Amman, story-telling furniture in London, urban farming in Detroit and a co-living complex in Tokyo have to do with the Bauhaus?” Bauhaus World, a three-part documentary from Deutsche Welle, will show you this and much more.  (Open Culture, 2/19/19)

United Kingdom (“Auf wiedersehen, Walter! Why Britain booted out the Bauhaus,” The Guardian, 10/1/19)

United States (“The Dream of the Bauhaus is Alive Just Outside Pittsburgh,” CityLab, 3/12/19)

“By both rejecting style when it could be reduced to fashion, and embracing an aesthetic that was too easily reduced by followers and commentators to exactly that, the Bauhaus ensured that its legacy would be universally embraced and almost as widely misunderstood.”  (The New York Times, 4/30/19)

Four descendants and students of the Bauhaus artists remember the individuals behind the movement.  (Financial Times, 4/5/19)

Forget the boxy architecture—the real legacy of the Bauhaus, writes Edwin Heathcote, is its “magical weirdness . . . the gothic fashion, the extreme pretentiousness, the learning of craft, the exuberant hope, the tolerance for the different, the dark and the downright strange.”  (Financial Times, 3/1/19; CityLab, 3/13/19)

“In retrospect, the Bauhaus invested a particular concept, ‘design,’ with such a quantity of meaning that it overwhelmed the word.”  (The New York Times, 2/4/19)

Women and the Bauhaus

“Walter Gropius’s lofty rhetoric about equality fell short of the essentialist differences that the art school’s founders perceived between the sexes (and imposed on women at the school).” (CityLab, 3/15/19)

Music and the Bauhaus

The Bauhaus may have never had a proper music department, but “music thinking permeated the lives of its students and faculty.”  (The New York Times, 8/22/19)

“Download Original Bauhaus Books & Journals for Free: A Digital Celebration of the Founding of the Bauhaus School 100 Years Ago.”  (Open Culture, 3/28/19)

Bauhaus: the influential school of art and design known for its credo of “form follows function”. Yes, but also a successful chain of home improvement stores, now expanding throughout Europe. The two entities aren’t related, but both have equal legal claim to the Bauhaus name. (Spiegel Online-International, 1/5/12)

When the Bauhaus opened in 1919, more women applied than men. Yet the revolutionary design school did not provide all of its students with equal opportunities. Progressive in so many other respects, the Bauhaus “was never a haven of female emancipation.”  (The New York Times, 11/2/09; The Guardian, 11/7/09)