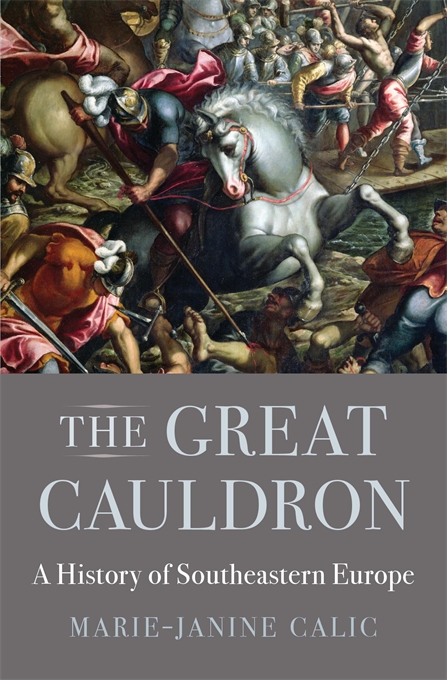 One of the best things about translating the work of an accomplished historian is learning more about a part of the world I’m less familiar with, about themes I hadn’t closely considered, or even about new ways of approaching the discipline of history itself. In the case of Marie-Janine Calic’s The Great Cauldron: A History of Southeastern Europe, it was all of the above.

Calic begins her centuries-spanning narrative in the ancient world of Alexander the Great: “No other leader, no other commander has so sparked the imagination of his successors to a similar degree.” So far, so good. Students of history know that the beginnings of “Europe” are usually traced back to ancient Greece. College surveys of European civilization usually begin here, and then spend a lot of time in western and central Europe (especially England, France, and Germany), covering the 2,000+ years from Plato to NATO in two semesters or less. The Great Cauldron, however, keeps its focus anchored on the Balkan Peninsula. Southeastern Europe becomes the center, not the periphery, of the European story—a dynamic crossroads for religions, empires, trade networks, and political ideologies. While translating, I gained a fresh perspective on all kinds of historical phenomena—confessionalism, Orientalism, national liberation movements, and more.

Southeastern Europe happens to be an ideal subject for the new global history, which emphasizes relationships of exchange over fixed geographic, cultural, or political boundaries. Such boundaries have always been fluid in this part of the world—to the frustration of imperial authorities and outside peacekeepers, not to mention national historians. But Calic embraces the unruliness and crafts “a new, multifaceted picture of southeastern Europe . . . in contradiction to the popular images and stereotypes of a backward and violence-ridden ‘European other.’”

Her multifaceted picture incorporates not only macro-level processes, but microhistory, too. Detailed portraits of places at key historical moments punctuate the broader narrative—including Istanbul in 1683, Thessaloniki in 1821, and Sarajevo in 1984. The memorable cast of characters includes George Castriot Skanderbeg, who foiled the Ottoman assault on Krüje; the visionary Ottoman grand vizier, Sokollu Mehmed Pasha; Serbian émigré to the New World, Nikola Tesla, who dreamt of an electrical “wonder world”; and the dynamic but controversial Bulgarian culture minister Lyudmila Zhivkova.

The Great Cauldron may change what you thought you knew about the history of “the Balkans.”