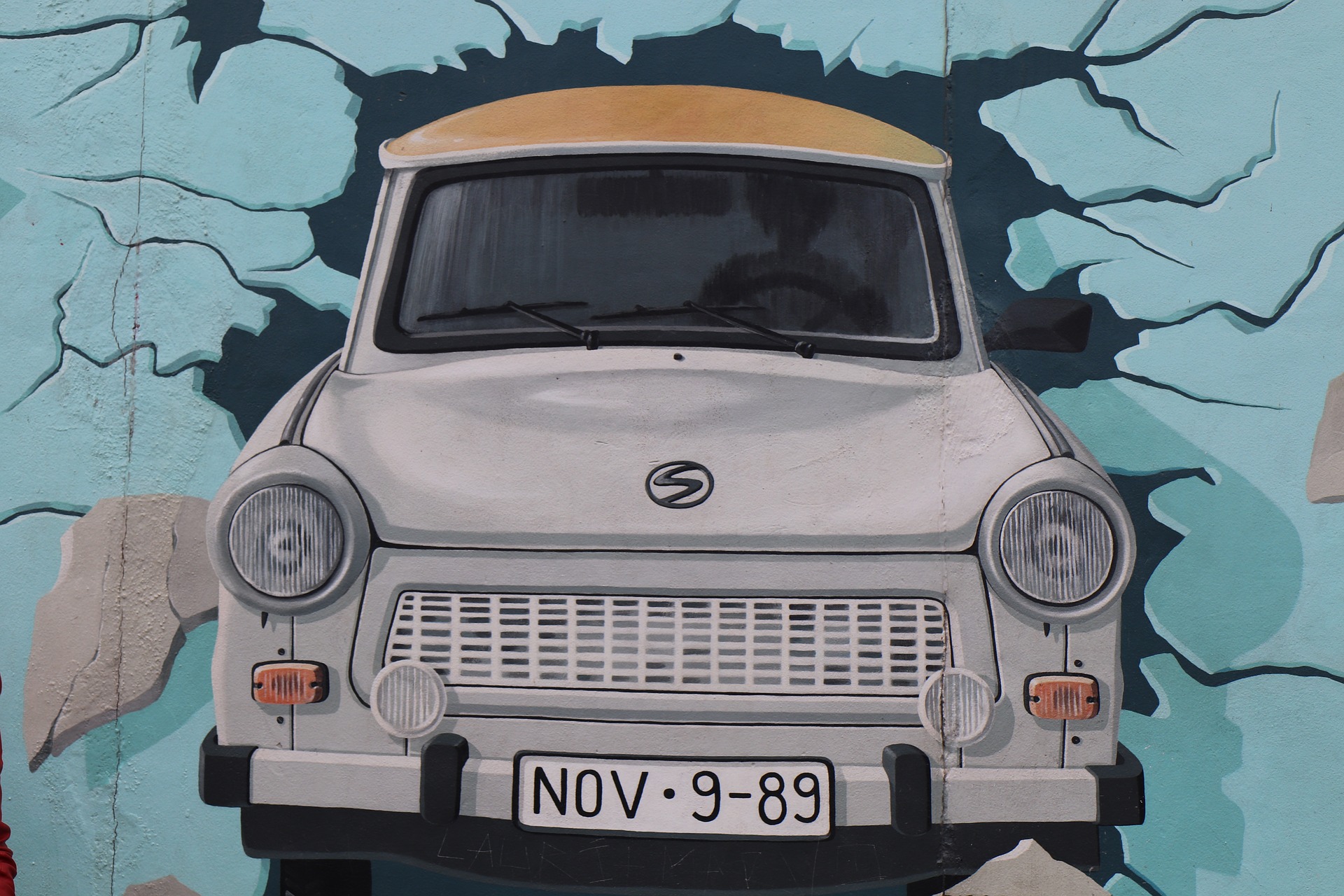 Media coverage of the thirtieth anniversary of the opening of the Berlin Wall has been extensive, culminating in an ARD livestream of East and West German news coverage from the evening of November 9, 1989. It’s playing on my monitor now, and I can’t stop watching the footage from 7:00 to 8:00 pm, precisely because it’s so mundane. This was one of the hours just before either side had fully grasped the significance of SED spokesman Günter Schabowski’s fumbled remarks at a press conference earlier that day, that travel restrictions on GDR citizens would be lifted “sofort, unverzüglich” (“immediately, without delay”).

There’s no shortage of media angles for covering this anniversary—which, let’s not forget, is the same date as the Revolution of 1918, the Beer Hall Putsch of 1923, and Kristallnacht in 1938. I can’t keep up with it all, to be honest. But I have been drawn to a number of stand-out personal reflections about the events of that evening and what happened next. The opening of the Berlin Wall transformed the lives of (not just) Germans, on both sides of the East-West divide. No one experienced this transformation in precisely the same way—and for me, these differences have only become more poignant as the distance between then and now has increased.

Certainly all of our stories are longer now, and we’re bound to look back at wherever we were thirty years with a certain amount of nostalgia—whether this has to do with the loss of a childhood home that no longer exists, or dreams of a better society that went unfulfilled. It’s hard to look at the state of liberal democracy and the transatlantic partnership today and not get at least a little misty-eyed for that brief moment thirty years ago, when the arc of history really seemed to be bending toward greater liberty and justice.

“His World Collapsed the Night the Berlin Wall Fell. Then Came the Hard Part,” a profile of Falk Fleischer (The Wall Street Journal, 11/7/19)

“I Wanted to See the Rockies and Listen to Springsteen,” an interview with Angela Merkel (Spiegel Online – International, 11/7/19)

Image by Bernd Marczak from Berlin from Pixabay