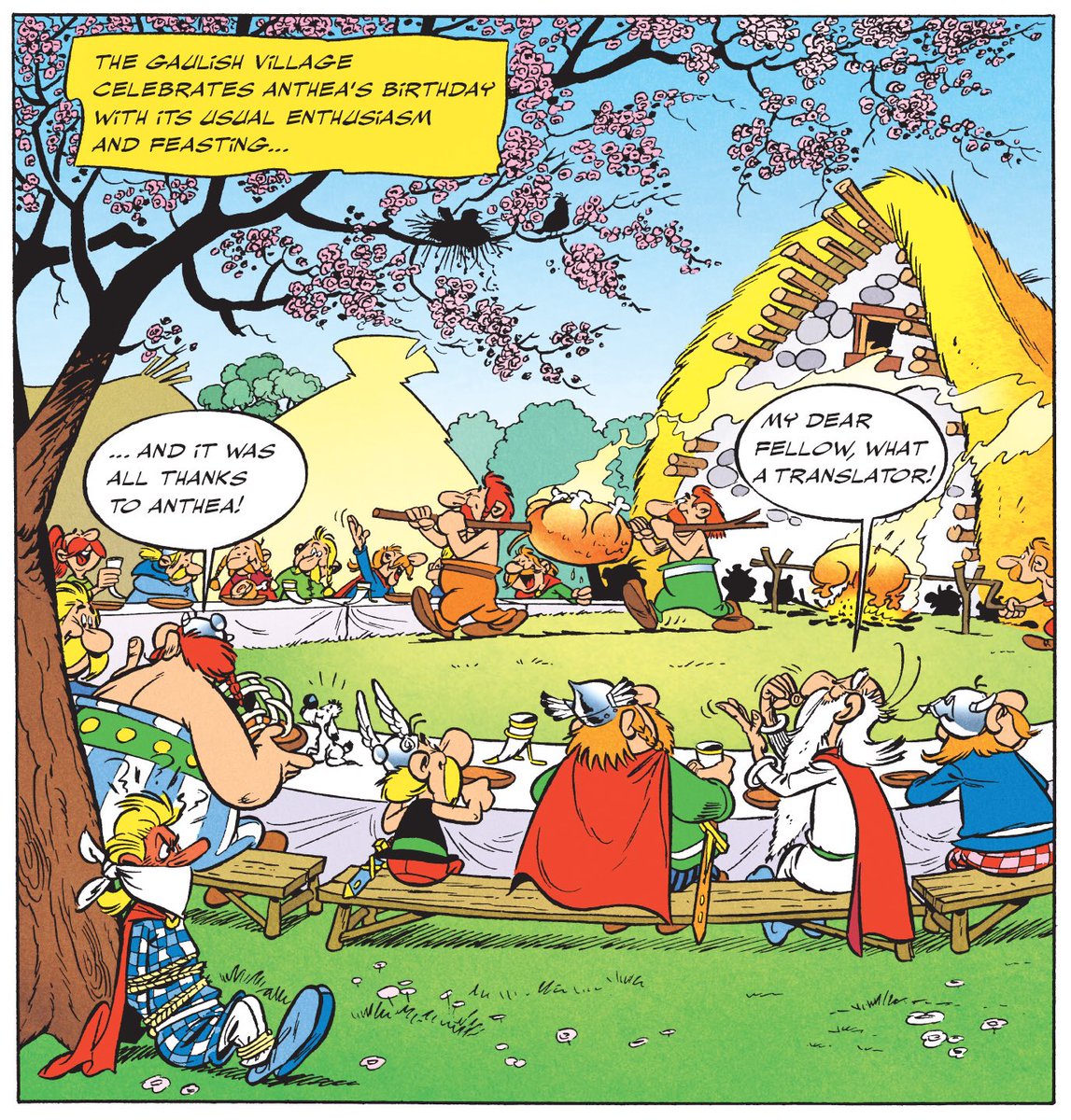 I was sorry to hear that Anthea Bell, literary translator extraordinaire, passed away on October 18.  She once stated that “by definition translation is not – and in my view should not be – a high-profile profession”—so I had to smile when her numerous accomplishments were posthumously celebrated by very high-profile sources indeed. Major newspapers including The New York Times, The Guardian, and Financial Times ran substantial obituaries in her honor—a rare distinction for a translator, and one that points to the remarkable nature of her work.

I first took notice of Anthea Bell as a reader, well before I had seriously considered becoming a translator myself. Her name kept appearing in books I knew and admired. How could it be that one translator was responsible not only for the witty renderings of my children’s Asterix and Obelix comic books (together with Derek Hockridge) and The Robber Hotzenplotz by Otfried Preussler, but also the English editions of acclaimed works like W.G. Sebald’s Austerlitz and Władysław Szpilman’s The Pianist?

Years later, I’m struck by the two very different talents that the authors of her obituaries consistently mention.  On one hand, she sought to stay hidden, “spinning an illusion”—as she modestly remarked once again—“that the reader is reading not a translation, but the real thing.” On the other hand, she was known for her ingenious wordplay and inspired solutions for seemingly untranslatable names and idioms. Thus, Obelix’s dog Idéfix (idée fixe) became Dogmatix, while the druid Panoramix—known for his miraculous potions—became Getafix, introducing a new layer of humor that meshed perfectly with the irreverent French comic books.

Translation involves the illusion of being “invisible” as well as taking creative risks, and Anthea Bell’s great gift seems to have been the ability to balance both in just the right measure.

Anthea Bell’s son, Oliver Kamm, tweeted this special Asterix and Obelix panel on the day of her death.