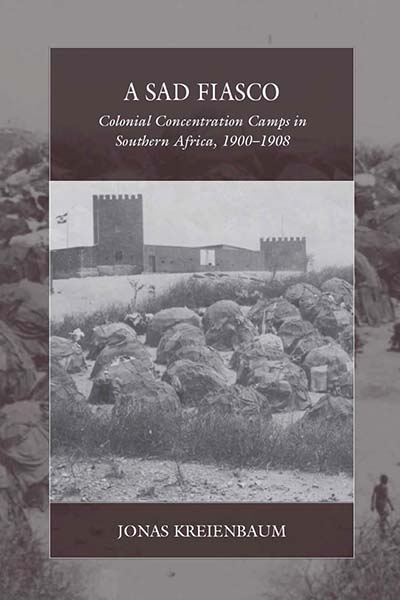 Last year I found myself immersed in the brutal world of colonial concentration camps at the turn of the twentieth century. Jonas Kreienbaum’s A Sad Fiasco: Colonial Concentration Camps in Southern Africa, 1900–1908 is a thoughtful and detailed comparative study of the camps that were established during the South African, or Boer, War and the wars against the Herero and Nama in South-West Africa. These British- and German-run camps “concentrated” civilians on a non-voluntary basis, so internees could not assist enemy combatants or otherwise impede the colonizers’ wartime goals. The camps also became sites of mass death, as thousands of residents died from malnutrition, sickness, or overwork.

As I was finishing up my work on the translation last summer, it was disconcerting to see concentration camps back in the news. U.S. Congresswoman Alexandria Ocasio-Cortez used the term to refer to the detention facilities for migrants on the U.S.-Mexico border, inciting outrage in some quarters for her apparent insensitivity toward the victims of the Holocaust. Others pointed out that the term “concentration camp” does indeed have a long history, separate from (but also related to) the National Socialist extermination camps that haunt our popular memory. (For more on this, see these pieces in Esquire, The Washington Post, and The New York Review of Books.)

A Sad Fiasco helps us better understand this long, complex history. In South Africa, the British established camps for Boer “refugees” (mostly women and children) who had been forced from their homes as a result of the scorched earth policy that was intended to deprive guerrilla fighters of shelter and sustenance. A measles epidemic and poor planning turned the camps into sites of humanitarian catastrophe, as notably brought to the attention of the British public by the reformer Emily Hobhouse. But she and other British reformers paid scant attention to the “black camps”—with conditions just as, if not more, dire—that existed parallel to the camps for white Boers.

The German South-West African camps for Herero and Nama “prisoners of war”—a category that included men, women, and children—proved to be even more lethal, although (ironically) these camps were established after General Lothar von Trotha’s infamous policy of mass extermination had been formally renounced. “In an area with little food and only rudimentary infrastructure,” Kreienbaum notes, “the Germans were hard pressed to provide even minimal sustenance to thousands of prisoners, many of whom were already emaciated.” Intended to punish the Herero and Nama for “rebellion,” and also to exploit their labor, the camps instead became sites of inadvertent annihilation.

Kreienbaum’s work is full of important lessons for scholars of colonial history, and for readers who seek a broader historical context for the camps of the Third Reich and government detainment practices today. Historical comparisons are useful not because camp systems across time and space are necessarily the same, or must lead to the same consequences, but because they are different—and it’s important to understand why and how. A Sad Fiasco points us in the right direction.